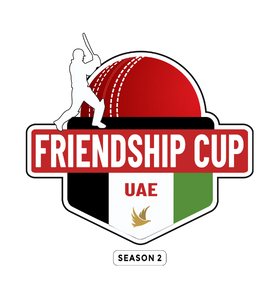 ARBA Sports Services LLC is organizing a cricket tournament, Friendship Cup UAE. The cricket tournament will be conducted in one of the iconic and biggest cricket stadiums in the world, the Sharjah Cricket Stadium. The Sharjah Cricket Stadium has a lot of memories and history to tell the cricket fans the world over. The ground is getting ready to script another history in the name of Friendship Cup UAE which offers complete entertainment, fun, and nail-biting matches to the cricket fans in the United Arab Emirates. 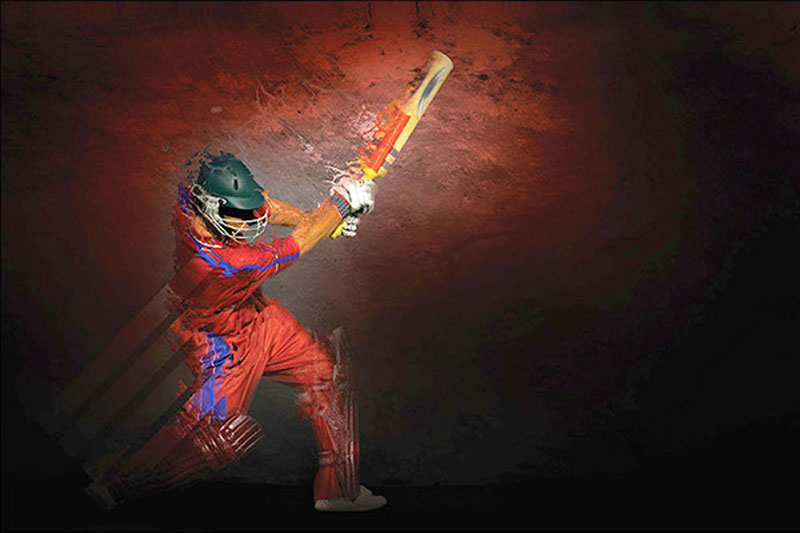 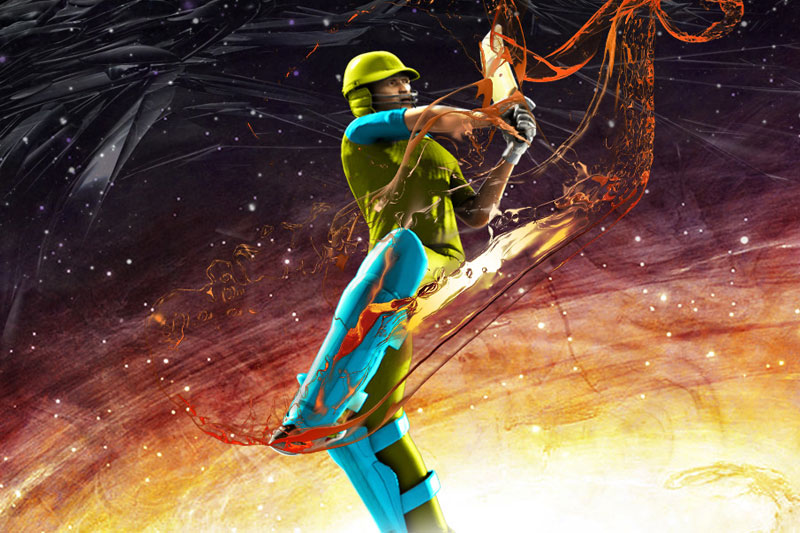 The Sharjah Cricket Stadium is about to witness the comeback of some of the legends of international cricket with the Friendship Cup UAE. Obtaining Sharjah cricket stadium tickets will let you watch legends play alongside Bollywood stars, which will be a rare opportunity for cricket fans worldwide. The global cricket lovers are eagerly waiting to see the performance of their favorite cricketers once set fire on the ground with their stupefying batting, bowling, fielding, and wicket-keeping performances. The Friendship Cup UAE offers a lot of delight and expectations to cricket lovers, and they are all set to book the Sharjah cricket stadium tickets.

ARBA Sports Services LLC focuses on fetching more fun, colors, hilarity, and sparks to the Eve of Celebrations happening in the UAE with an entertaining cricket tournament. The Sharjah cricket stadium ticket booking is available to the well-wishers of cricket and make your inquiry in the Sharjah Cricket Stadium contact number to know about the Sharjah cricket stadium ticket price. Apart from offering some nerve-racking cricket matches and watching the legends of cricket play on the ground again, the cricket tournament presents a top chance to talented young cricket players to reveal their skills to the world.

The Friendship Cup UAE will be held on the 20th Feb 2023 to 26th Feb 2023. Take a look at the Sharjah Cricket Stadium match schedule 2023 of the Friendship Cup UAE to watch the legends of cricket play once again on one of the historic cricket grounds. The Sharjah Stadium tickets price will be almost the same as the Sharjah cricket stadium IPL tickets and IPL ticket booking 2021 price UAE. The Sharjah cricket stadium has hosted many cricket tournaments, including the Indian Premier League and international matches, which allowed cricket fans to watch some incredible games at less fee and rate.

ARBA Sports Services LLC will organize the Friendship Cup UAE Season 2 with four teams. India Legends 11, Pakistan Legends 11, Sri Lanka Legends 11, and Afghanistan Legends 11 are four teams playing in this incredible tournament. The teams are packed with world-famous international cricketers, budding cricketers, and renowned Bollywood actors. You should not misplace the chance to watch the cricket matches of legends at any cost and check the Dubai Cricket Stadium ticket price to book the tickets. When legends of cricket take charge on the ground, it will be a different experience to the fans because they will offer something and a token of joy to fans every time they play. ARBA Sports Services LLC offers the license and pass to the fans with the Friendship Cup UAE to witness their favorite cricket players and stars of Bollywood play together. With the Friendship Cup UAE, ARBA Sports helps to enrich many young cricket players, support cricket players, and offer spotless entertainment to cricket fans. The Friendship Cup UAE tickets will get from the arena where IPL ticket is available, and get the tickets or passes to enjoy the cricket tournament. The tournament will be conducted under the patronage of Sheikh Faisal bin Khaled Al Qassimi. The cricket matches will be organized in association with the Safety Ambassadors Council of Dubai Police. The organizing team of the Friendship Cup UAE is Amin Pathan (Chairman), Aslam Gurukkal (Director), Noufal (Director), and Anas Pathan (Director).

The Friendship Cup UAE will comprise seven cricket matches which will be played in T-10 format. There are legendary cricketers in every team. The India Legends team consists of former cricketers of team India captained by Mohammed Azharuddin. The Bollywood Kings includes celebrities of Bollywood cinema led by Suniel Shetty. The Pakistan Legends team will be led by Imran Nazeer. The World Legends will be World Eleven Cricket Team led by Ajantha Mendis. So, Al Sharjah is going to witness a spellbinding cricket tournament, and ensure to buy Sharjah stadium tickets for the Friendship Cup UAE to watch your favorite crickets perform at one of the biggest cricket stadiums in the world. The India Legends team will have the presence of some of the best Indian cricketers of the past, including Mohammad Azharuddin, Ajay Jadeja, Irfan Pathan, Mohammad Kaif, and Venkatesh Prasad. The Bollywood Kings will have admired and well-known Bollywood stars, including Suniel Shetty, Sohail Khan, Aftab Shivdasani, Riteish Deshmukh, and Bobby Deol. The Pakistan Legends team will have legendary players, including Imran Nazir, Salman Butt, Mohammad Yousuf, Yasir Hameed, and Mohammad Irfan. The World Legends 11 team will include players from various countries, including Sri Lanka, Zimbabwe, Bangladesh, and Afghanistan. The players of World Legends 11 include Ajantha Mendis, Brendan Taylor, Elton Chigumbura, Abdur Razzak, and Samiullah Shinwari.

Covid-19 is the pandemic of the century that affected millions of life globally. The pandemic has affected all aspects of human life. However, the world fought against the pandemic together with their whole heart. All the countries joined in their hands to fight against the coronavirus. There are some NGOs, corporate, and government organizations that made remarkable efforts to support people suffering from the Covid-19 pandemic. Many of the people appreciated the efforts of these groups. But much of the works and efforts that deserved to be appreciated remained unnoticed. 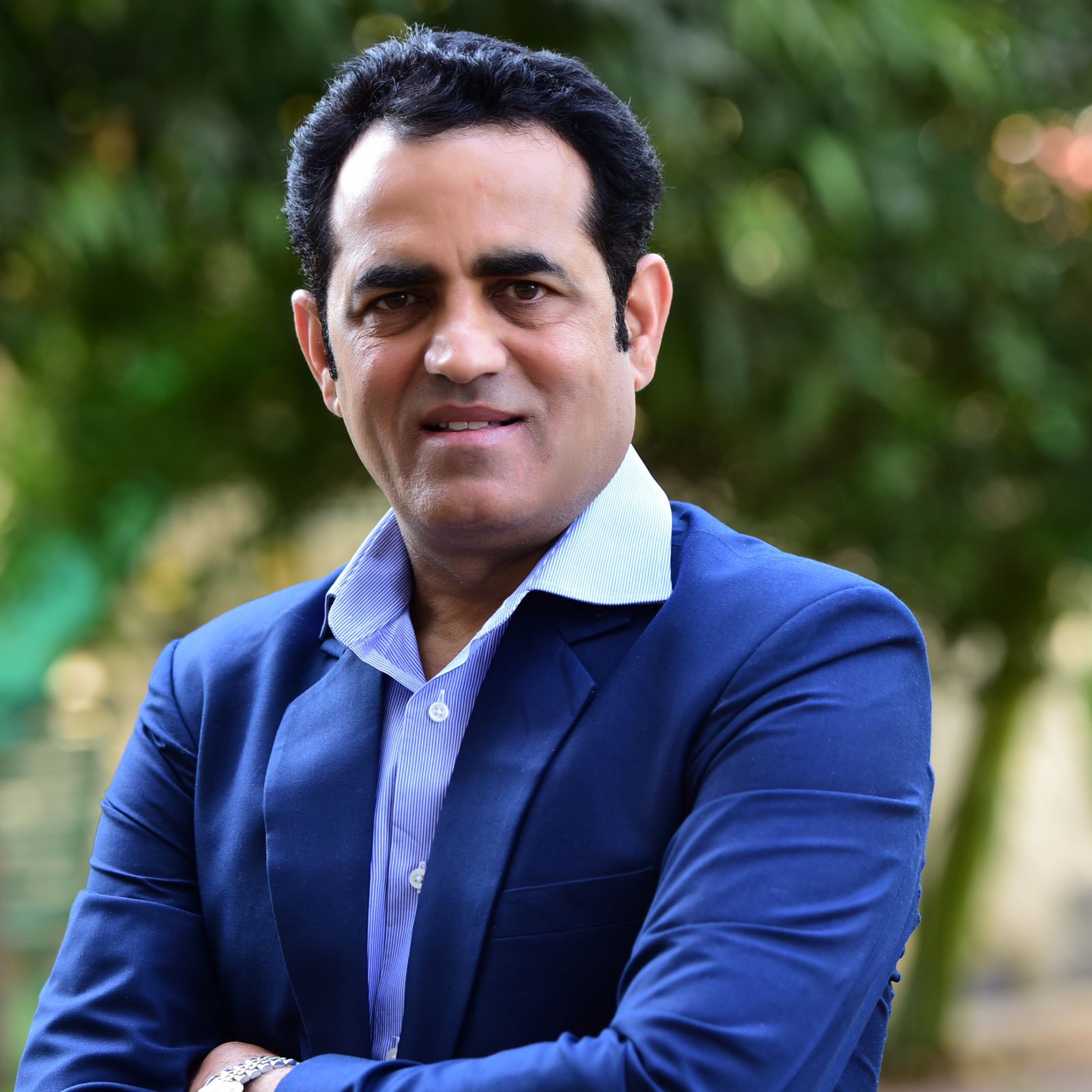 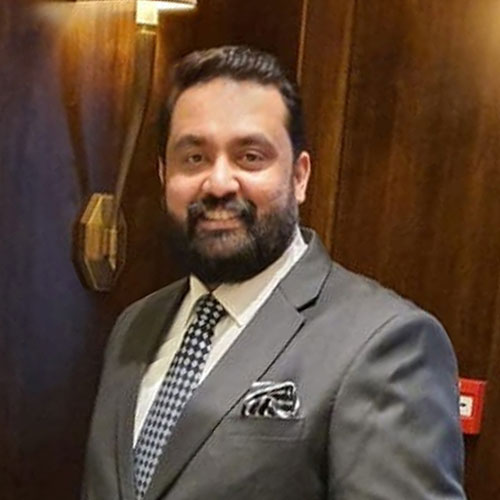 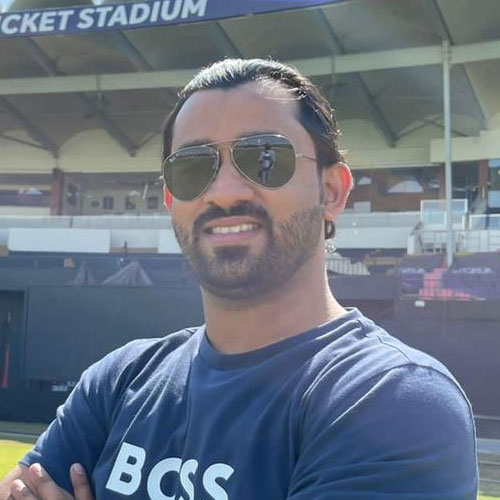 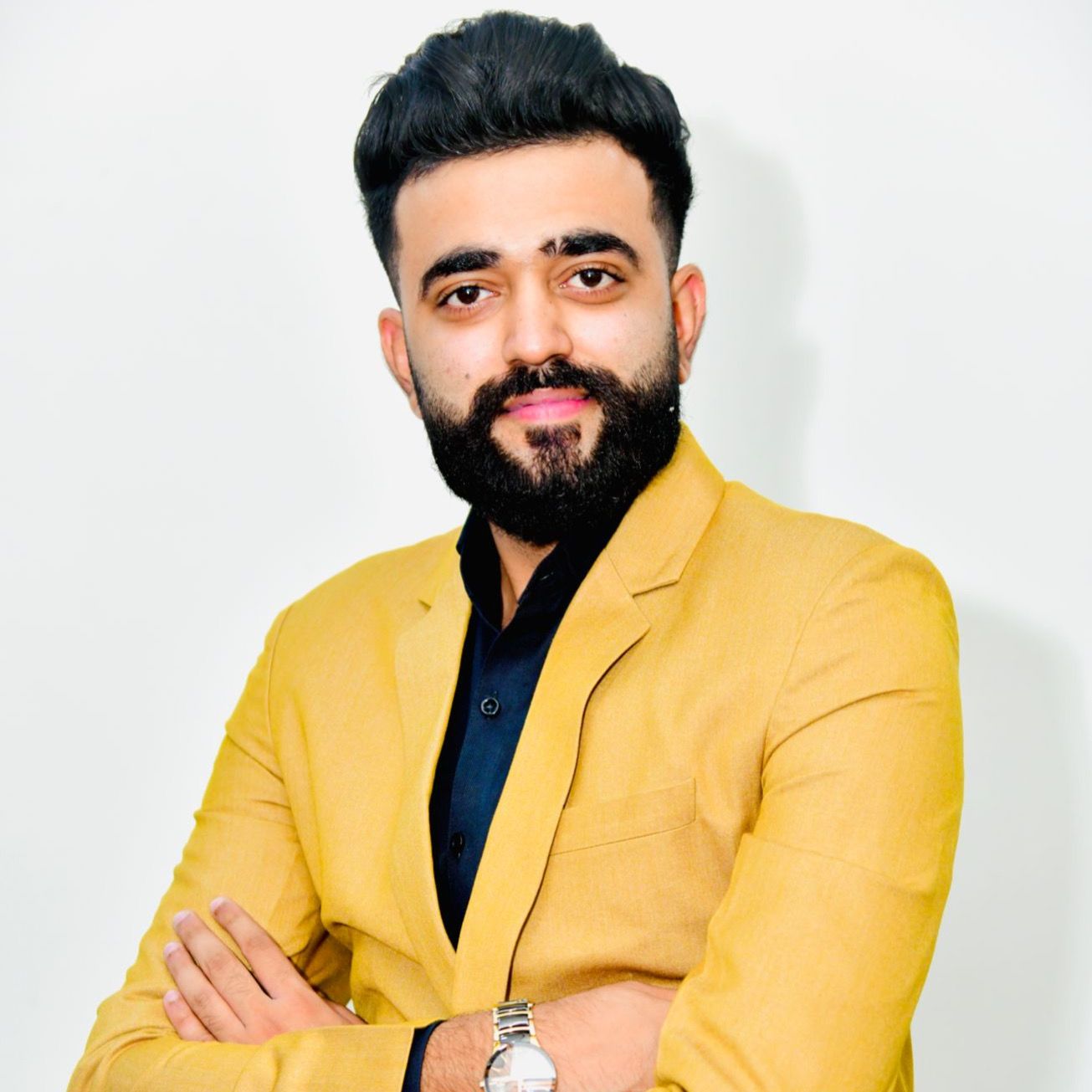 ARBA Sports Services LLC is packed with a team of professionals who loves sports and wishes to take sports to the nook and corner of the world. The management of ARBA Sports Services enjoys watching and playing cricket. Cricket is a passion for many people, and it is a sport that unites many people regardless of their country, culture, language, and religion. ARBA Sports is coming up with an exciting cricket tournament to entertain the cricket fans in and around the United Arab Emirates. Managing Director & CEO, Aslam Gurukkal intends to conduct the cricket tournament to spread love, unity, and brotherhood between people and countries. 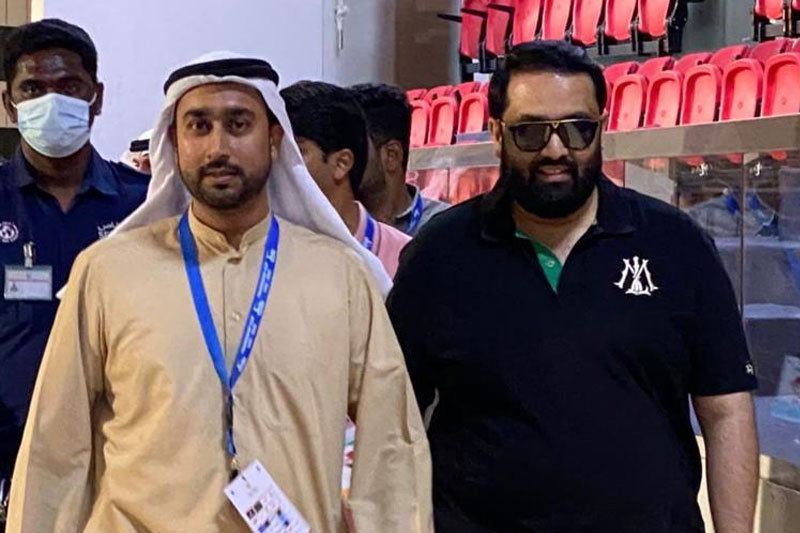 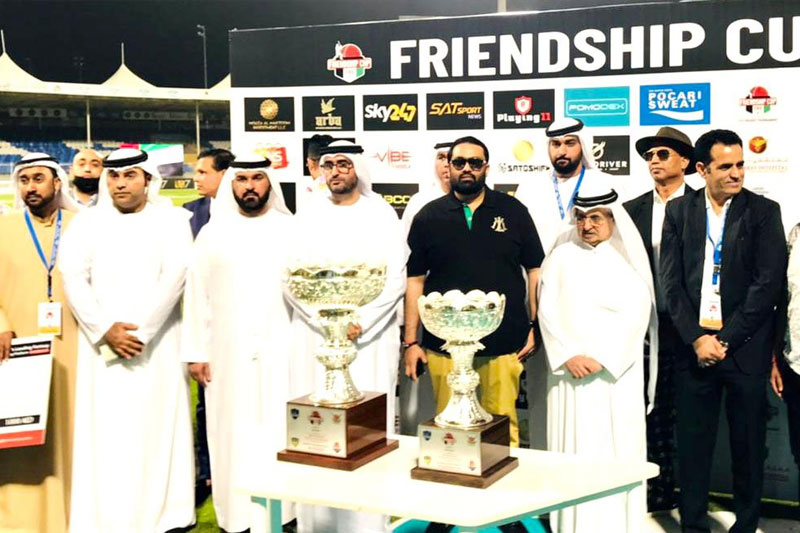 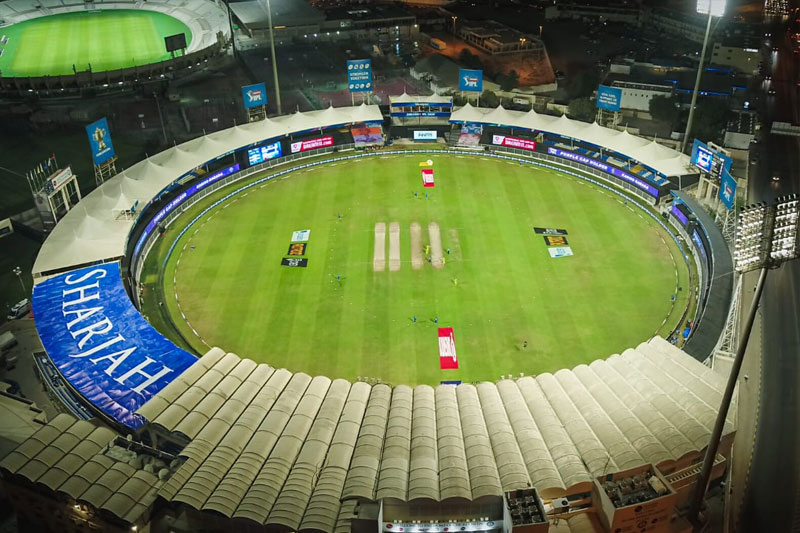 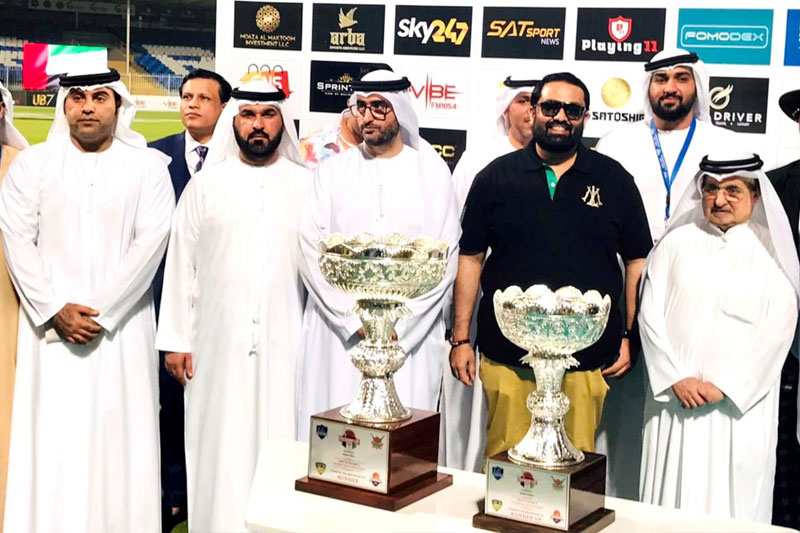 ARBA Sports Services LLC is coming up with a thrilling Cricket Tournament, UAE FRIENDSHIP CUP SEASON 2, on the eve of UAE's 50-year celebrations. Mark the UAE’s 50-year celebrations in grand style with spectacular cricket experiences. The cricket matches will be conducted on 20th Feb 2023 to 26th Feb 2023 at Sharjah Cricket Stadium, UAE.